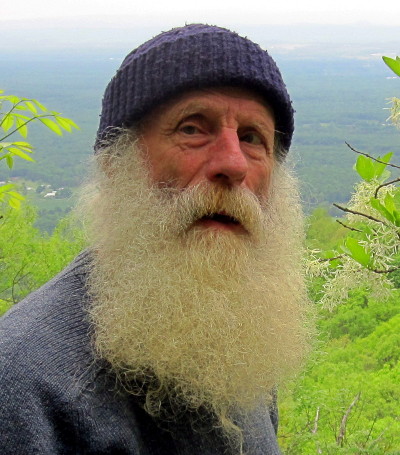 Welcome to my home page…

The last time I taught a course for the Physics Board (now the Physics Department) was in 2003. I still miss the experience.

Here is a link to the text of an oral history, originally recorded in 1994 when I officially retired, and edited (with additions) in 2004. In it I describe the wonderfully yeasty early years of the UCSC campus, along with descriptions of the development of the research here on chaos and nonlinear dynamics.

In 1972, Bill Burke, a Professor of Physics and Astrophysics here, whose primary research interest was in the field of General Relativity, had some ideas for simplifying and clarifying the presentation of the Special Theory of Relativity in our introductory courses. He wrote up a set of notes, which he called a Special Relativity Primer. In subsequent years I collaborated with Bill in expanding his initial draft and making some figures for it, and several of us who were involved in teaching introductory physics courses then used the Primer as a text. It turned out to be an effective way to introduce special relativity, not only to beginning physics students, but to more advanced students as well. Bill unfortunately died in an auto accident in Utah in the summer of 1996.

It is now May 9, 2021, and I have finally managed to re-draft the Primer, updating somewhat the original version's fifteen sections. I've reset it using LaTeX with all new (svg) figures.

This draft is now available here. Please check it out, and let me know if you might have any suggestions for improvement. I may be adding a 16th section, with a brief discussion of how electric and magnetic fields are related to each other via Special Relativity considerations. 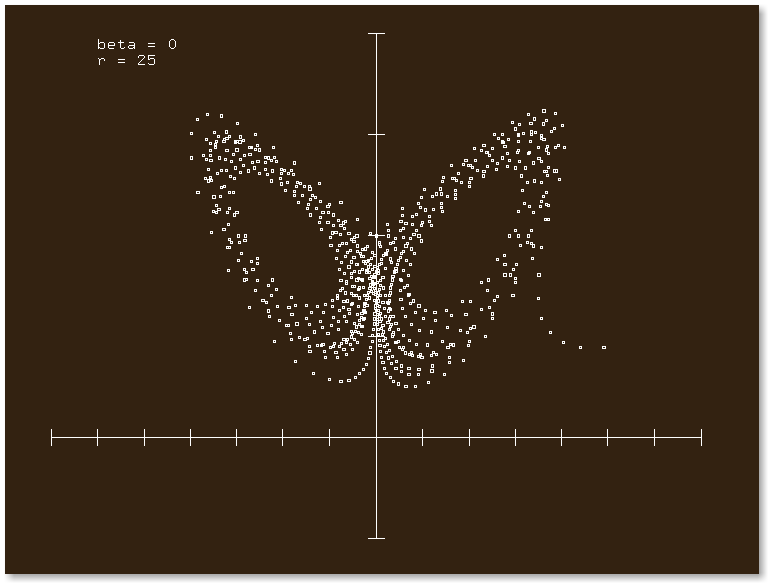 Many years ago, when I became interested in the mysteries of nonlinear dynamics and deterministic chaos, I decided to write a program to display the Lorenz Attractor. The brown image shows a typical plot produced by the program. Click on the image to enlarge it, and to learn more about the Lorenz Attractor and to download the C++ program that displays it. It's a marvelously interactive program. I urge you to play with it.

In 1963, Ed Lorenz wrote what is believed to be the most often cited paper in the chaos literature. It is entitled Deterministic Nonperiodic Flow. In it, he solves a set of three first-order coupled nonlinear differential equations—a simplification of the Navier-Stokes equations. These equations describe the flow patterns in a layer of fluid of uniform depth that is heated from below and cooled at the top, with a constant temperature difference between the bottom and the top of the layer.

Lorenz was a meteorologist, thinking that such a layer might be a simple model for a layer of the Earth's atmosphere, so the behavior of the solutions might shed some light on how predictable our weather might be. He was right. Our weather is still not predictable for more than a week or two in advance.

In 1988, at a UCSC conference, we described some experiments that Rob Shaw and I had done, and invited conferees to visit our lab, where we had set up our apparatus. Several people came to visit, among whom were two associated with NOVA. Subsequently these NOVA folks arranged to come and film our setup, and we were honored to discover that we had become part of a NOVA program, which was first aired by PBS on January 31, 1989.

This archived hour-long show may still be available on YouTube, so try these links to see if it is. Perhaps the complete hour-long video may be viewed here. Three UCSC personalities appear in the video. The first is Ralph Abraham, with a few words about Isaac Newton. It's here. Our experimental setup is displayed in two sections of this video, one (about the Lorenz attractor) starting here (at approximately 19:16), and the other (about the dripping faucet) starting here (at approximately 29:10).

If the above YouTube links don't work, try looking at a version on Vimeo, which is here.

The Start of a Song Collection

In the early yeasty days of the UCSC campus, when often I was teaching introductory physics courses, I had the idea of offering, at the end of the last lecture, a reward for the students: a song about the course. I made up a simple song, usually about ten verses, with each verse describing one week of the course. I would bring my banjo, and we would sing the song, with students joining in on the chorus.

Although I felt a bit guilty at first (physics is serious stuff, and should not be polluted with entertainment), I learned that those who played musical instruments, or sang, would tend to improve their ability to think rationally. So it turned out to work well: those who sang would do better on the exams, and students would later tell me that what they most remembered about the course was the song.

Here is a start of what will eventually be a collection of songs, including It's Gravity with a Capital G (including a video) and E-lec-a-tri-ci-ty and-a Mag-a-ne-ti-sm m m m (also with a video), along with a couple of non-physics related songs called Dancing on the Brink of the World (also known as The River Song), and one version of a song we often produce as a birthday gift. There are two or three more physics-related songs I would like to add to the list.

We offer two excellent upper division lab courses. The first is called the Intermediate Laboratory and the second is called the Advanced Laboratory. When I was teaching these courses, I created three introductory sections that turned out to be helpful. Since I've had a few requests for these sections, I thought I would update them and make them available in a pdf format.

A draft of these sections is available here.

A Review of Composting Toilets

A few years ago—after my wife and I visited the Vermont Law School, where we first learned about, and were impressed by composting toilets—I put together a review of composting toilet installations in public venues in the U.S. (We do not discuss residential installations.) If you would like to read it, click on this link.

Since compiling this review we have urged the installation of such toilets in suitable venues in Santa Cruz County, particularly on the UCSC campus and in local State Parks. It is clear that such installations would greatly reduce water consumption. This would seem advantageous, since water is a scarce resource. Also, wherever such installations have taken place, they are highly regarded, both by users and by the sponsoring agencies. However, although there is considerable interest, such installations here have yet to occur.

Here is a description of a good walk two of us did, to the Graveyard Lakes in 2005.

I have always been fascinated by knots. A few years ago, having acquired a new frame for my bicycle, I had the idea that a Turks Head knot might be used to protect the top tube of the frame from damage—damage that frequently occurs when parking a bicycle and locking it to a rack.

I figured out how to make a jig, from a strip of scrap wood and some screws, that helps a lot to make a Turks Head knot of any length around any stick or tube. It is particularly useful when making a long knot around a tube such as that on a bicycle, where the ends of the tube are not open and accessible. When making such a knot it is very easy to make a mistake, and the jig helps to prevent such mistakes. I made some notes about Turks Head knots and my jig. They are here. Below are two knots on the top tube of my bicycle. It took about 100 feet of cord to make the one on the right:

In December of 1987, I went with my wife Celia on a three-week tour with a large group of singers—the Cabrillo Slavanic Chorus—to the Soviet Union. We gave performances of Sergei Rachmaninoff's Liturgy of Saint John Chrysostom in thirteen different venues. It was a highly moving experience—the experience of a lifetime. A 55-minute video still exists. It describes not only the career of Rachmaninoff, but also many of the details of our tour, particularly at the start in Leningrad (now Saint Petersburg), and later in Kiev (also now known as Kyiv) and at the end, in Moscow. The video is worth watching. It's here. Put it in full screen mode and turn on the captions.

How to Commute on an Electric Bicycle 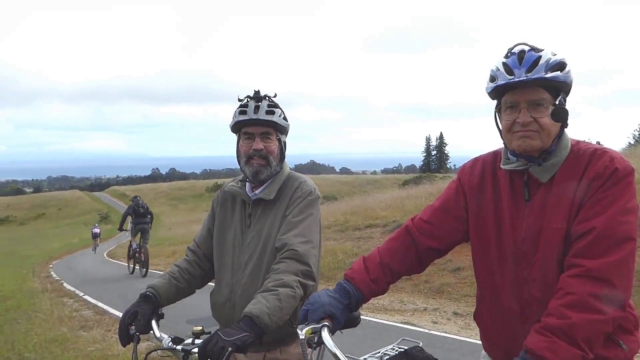 Motivated by my interest in transportation issues, in 2018 I interviewed two UCSC faculty members—George Brown and Barry Bowman—who regularly use electric bicycles to commute to campus. I made a video of the interview. That video is here. It runs for about twelve minutes. So have a look at it, especially if you might be thinking of switching from using your car as your commuting vehicle.

If you have comments or questions about anything on this website, feel free to write to me by clicking here.